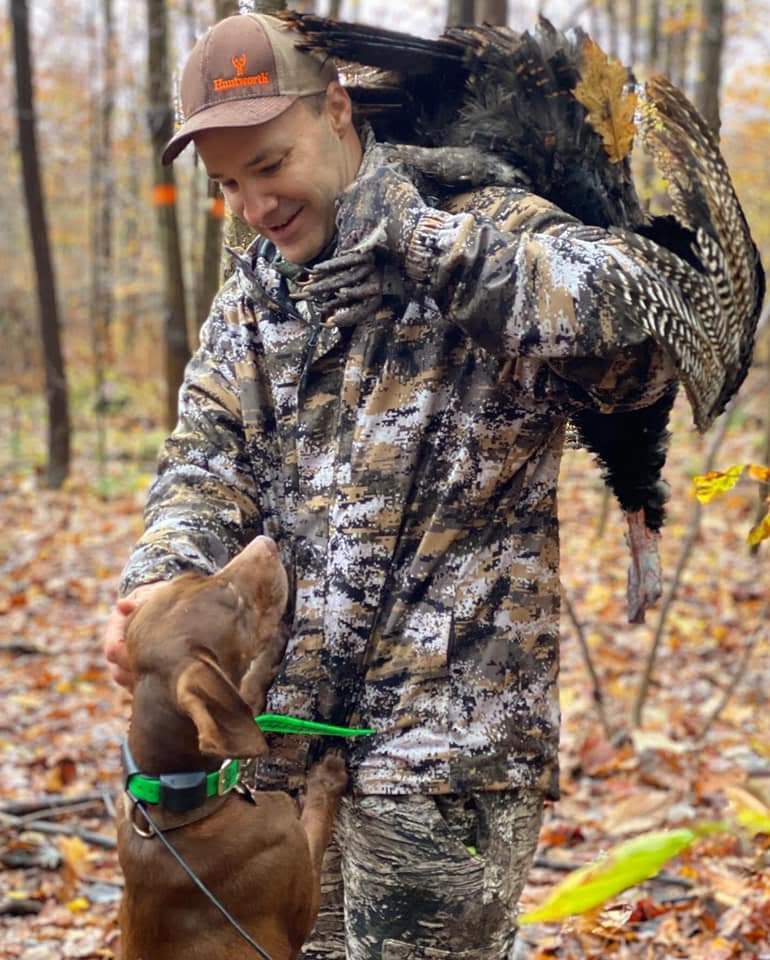 Most dogs, even hunting dogs, spend far more time on the couch or the kennel than they do exercising or hunting. As a result, many dogs are overweight. Some dogs, however, struggle to keep weight on. Being too thin can be just as unhealthy and dangerous as being overweight. I typically have two or three hunting dogs and I always have a dog or two that struggles to keep weight on. Over the course of the last twenty years, I have learned a few things that help me keep extra weight on my dogs, especially at the end of the hunting season when they are tired and worn out from hunting hard for several months.

One obvious question every dog owner should ask themselves when they see that their dog is on the thin side is what type of dog food they are feeding their dog? Hunters who have several dogs in their kennel or people who are trying to live on a tight budget feed less expensive dog food. The problem with cheap dog food is that it is often filled with cheap fillers that don’t provide much nutrition for the dog, but result in the dog pooping in the backyard a lot.

High quality dog food, on the other hand, is packed with protein and fat, is easily digestible, and the dog’s body will utilize more of the nutrients from the food verses the cheaper food. If a dog is struggling to maintain weight, a higher end dog food can help and since the food doesn’t contain as many fillers, the dog won’t poop as much either.

If money is tight, one option is to feed a less expensive dog food during the off season. As hunting season approaches, slowly transition your dog to a better quality food.

Well known deer tracker, Tracker John, spends three to five months tracking deer each fall throughout the Midwest. His dogs work harder than most dogs and throughout the season, he pays very close attention to the health of his dogs. He feeds dry dog food and many other things to help his dogs maintain their weight. “I feed venison and deer fat during the deer season,” Engelken noted. “When deer fat isn’t available, I will feed coconut and olive oils. Supplementing my dog’s diet with extra fats helps them maintain their weight.”

The debate whether to feed dogs a raw or holistic diet will probably go on for the next hundred years, but one thing we can all learn from people who feed raw diets or provide their dog with some extra treats is that extra fat is a good thing. Mushers often feed their high energy dogs raw fish, moose meat, beaver meat, and other high fat foods. A few years ago, I interviewed Lance Mackey who won the Iditarod sled dog race an unprecedented four years in a row. He is a guy who lives on a tight budget. He has dozens of dogs in his kennel. A large portion of their diet is road kill moose.

Probably the best thing dog owners can do to help keep weight on our dogs is to feed a dry dog food and provide them with extra fat and protein from other high quality sources when the dogs are working hard. Most top trainers, mushers, and hardcore hunters start feeding their dogs extra calories about a month before hunting season and continues until a month or so after hunting season is over.

Adding quality calories to a dog’s diet can require a lot of time and effort. One way to easily help your dog maintain its health during hunting season its by simply using a supplement like K9 Pro. This supplement will help optimize digestion and absorption of nutrients in food. It is a great way to help your dog without a lot of effort.

Keep a Close Eye on your Dog

Keeping a dog at its optimal weight can require the owner of the dog to pay close attention to the dog’s appearance. Regularly weighing a dog during hunting season and making sure they are taking in enough calories are two ways to increase the odds of a dog being able to work hard all hunting season and still looking like a rock star not a rack of bones at the end of hunting season.